The history of Joliet has been defined by business.  The City’s early history was positioned around quarrying, steel production, manufacturing and rail.  The City has evolved over the decades and has developed a wide diversity of business sectors providing goods, services, entertainment and employment.  Joliet’s transportation assets provide a direct linkage to the global, national and regional markets, making us part of the world economy.

Opportunities abound for creating, expanding or relocating your business in Joliet.  To learn more about the possibilities, please explore what we have to offer.

The historical and cultural heart of Joliet is its downtown.  As with central business districts across the nation, Downtown Joliet has transitioned from the once retail hub of the community to a service, entertainment and educational destination.  This transition has resulted in significant private and public investments which continue to date.

A plan has been adopted and is being implemented to further encourage growth and redevelopment.     To help foster this goal the City has incentivized a number of mixed-use projects to provide an increase in multi-family housing units to create a downtown stock. You can follow our progress in implementing the Downtown Plan here.

The City established an economic development special service area (SSA) to serve the Joliet City Center Core Area.  This SSA provides funding for a number of incentive grant programs to assist with both redevelopment and business startups within the Downtown Joliet and the commercial corridors that serve as entryways.

Federal legislation that created the 2017 Tax Cuts and Jobs Act resulted in the establishment of five Opportunity Zones within the City of Joliet  All include or are adjacent to the Downtown area.  A map of territory land with Opportunity Zone designation may be accessed here.

Private investment in Opportunity Zones provide for certain deferrals in capital gains that may be advantageous for development activity.

Downtown Joliet is a diverse area serving as a major employment and entertainment center.  CoStar estimates a downtown employment base of approximately 12,000.  Multi-family housing is occurring in redevelopment projects increasing the residential population of downtown.  Several high impact downtown anchors are mentioned below:

Rialto Square Theater
As the hub of performing arts in the community, this cultural treasure hosts music and performances throughout the year. Constructed in 1926, the theater provides magnificent European architecture and a diverse program that attracts visitors from the Midwest.

University of St. Francis
The University maintains two campus buildings downtown. The USF presence includes a business incubator and entrepreneurship programs as well as the Center for Art & Design.

Joliet Area Historical Museum
The museum includes a permanent collection and special exhibits celebrating the history of Joliet and the region.

Joliet Slammers Stadium
With a capacity of over 6,000 fans, this City-owned facility is host to the 2018 Frontier League Champion Joliet Slammers, the University of St. Francis Baseball team, Illinois High School Association Championship Tournament, and a host of other events including music.

Will County-City of Joliet
Joliet is the Will County seat resulting in a concentration of governmental offices and an associated legal presence. Both City and County facilities are located downtown. A new courthouse is in the design phase and will result in a modern 10-story facility to serve the growing needs of the County.

As the third largest City in Illinois in a rapidly growing County, Joliet serves as a regional destination for shopping activity.  Louis Joliet Mall is the retail focal point of the community with over 80 thriving establishments.  The expressway interchange at I-55 and Route 30 also provides access to clustered retail south of the mall creating a dense concentration of complementary stores and restaurants.

To assist brokers and prospective retailers with market information, recent studies were completed to develop a snapshot of retail leakage, as well as psychographic profiles of the Joliet marketplace.  The reports are available below: 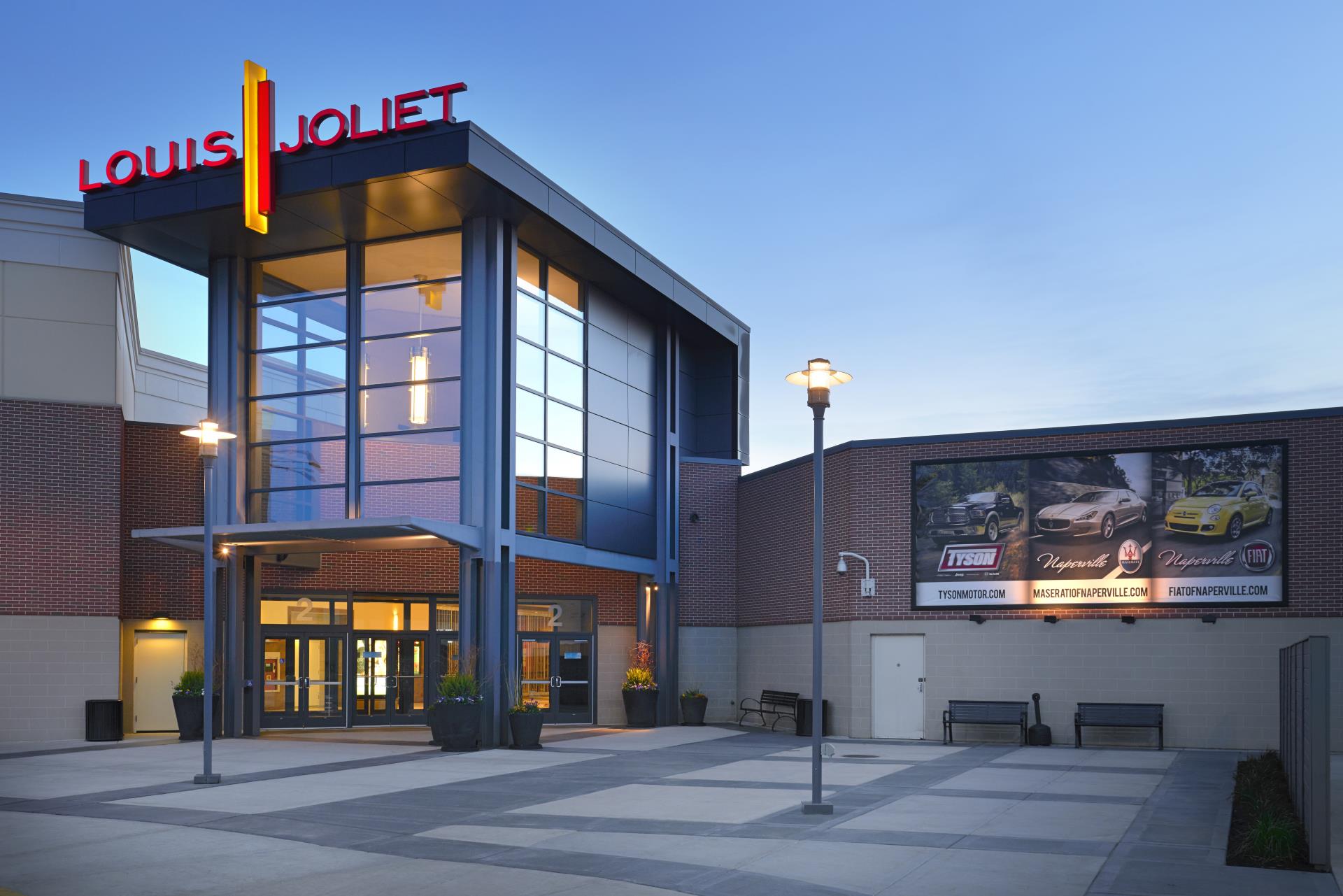 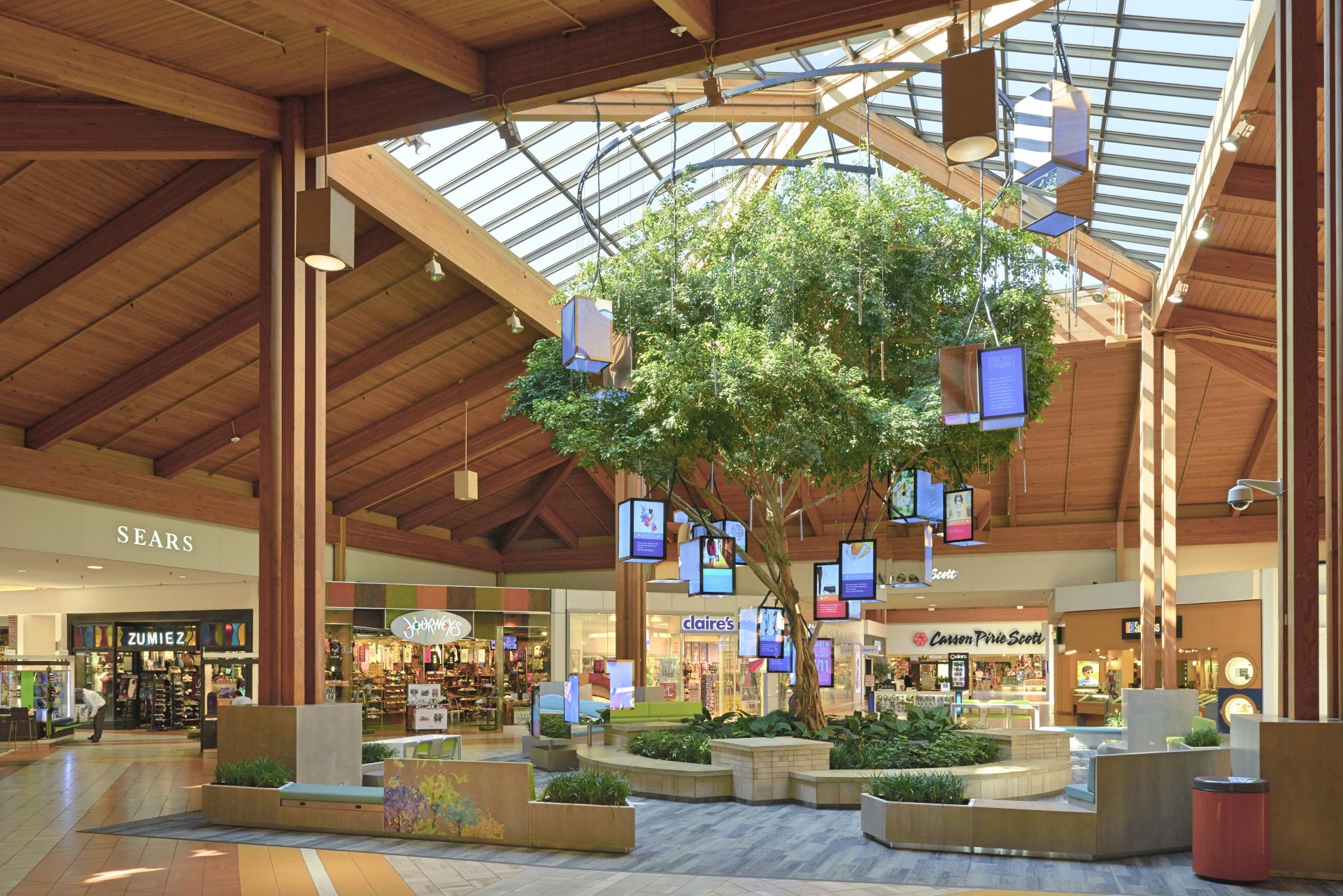 Over the past decade, the fastest growing business sector in Joliet has been industrial development.  Among the recent arrivals are Amazon, Cadence Premier Logistics, Home Depot, IKEA, Mars Candy, Saddle Creek Logistics, Whirlpool, and others.  Several major spec projects are also underway to meet future demand.  Fueled heavily by logistics and distribution facilities, the City’s access to transportation has made it a premier location for serving Midwest and national markets.  Goods are transported to and from Joliet via rail, river and highway.

Joliet is home to the CenterPoint Intermodal Center, the largest inland port in North America.  In addition a number of business parks provide opportunities for leasing and development.  Approximately 26.5 million square feet of industrial space exists within the City, with over 2.1 million square feet in the construction or pre-construction phase.

Quality of life in any community is dependent upon modern and innovative health care.  The City is served by Presence Saint Joseph Medical Center, recently named to the Top Hospitals list by Chicago Magazine and ranked #11 within the State of Illinois.

Presence has provided health services to the region for over 120 years.  This partnership meets patient needs with over 400 physicians and 50 medical specialties.  The 480-bed facility offers Level II Trauma services, state of the art technology and a host of accredited and services.

In Joliet, entertainment and tourism is business. The City offers a wide variety of attractions that draw both domestic and international visitors. Known as the City of Excitement, Joliet is home to 27 hotels & motels with over 2,300 lodging rooms. The hospitality business sector is thriving, with several new projects in the planning stage to meet the demand for additional rooms.
Attractions that bring visitors to Joliet and the immediate area include the following:

The iconic 1858 prison has opened for public tours, musical events, sporting events and a host of eclectic uses.

Aficionados of fast cars flock to Joliet. Chicagoland Speedway and Route 66 Raceway bring professional auto racing to the Chicago area. The Autobahn Country Club-Joliet provides a venue for members to house and race their own performance automobiles.

Joliet is home to the Joliet Slammers Baseball Club. As a member of the independent Frontier League, the Slammers provide minor league baseball though the season facing opponents from seven Midwestern states.

The Rialto Square Theater and The Forge attract thousands of music lovers to Downtown Joliet on a monthly basis.

The solemn grounds of the Abraham Lincoln National Cemetery are located just south of Joliet. Many visitors tour the 1,000 acre site to honor those who have served our nation.

The Midewin National Tallgrass Prairie is an 18,000 acre site operated by the U.S. Forest Service, located just south of Joliet. This was the first tallgrass prairie site designated in the country. Thousands of visitors tour the site to follow the progress of the prairie restoration and view the bison herd that has been introduced to Midewin.