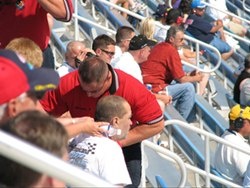 These partnerships ensure that the citizens and the visitors to the City of Joliet will receive the same quality care that is offered on a daily basis from all of Joliet's 9 active fire stations. The Public\Private Partnership is believed to be the first of its kind in the nation and has proved to be very successful.