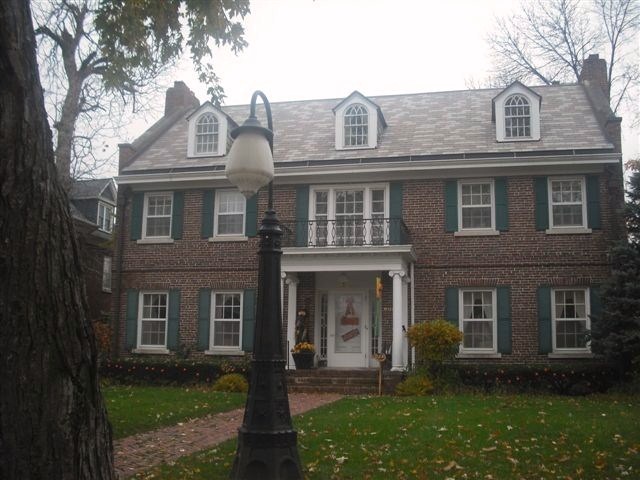 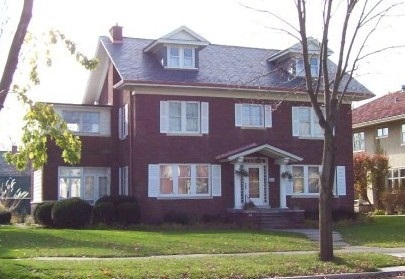 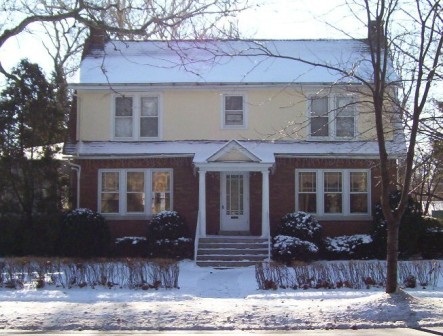 1000 Black Road: Built in 1924, the Charles J. Shaw House is a north-facing, two-story, single-family residence at the southwest corner of Black Road and Cowles Avenue. Its exterior is brick on the first floor and stucco on the second. The roof ridge runs side to side, i.e. east to west. The end gables are clad in brick. Full-length shed-roof dormers face both the front and the rear of the house, making the second floor roughly the same area as the first floor. The dormers are clad in stucco. Tapered brick chimneys are centered on either side of the house and pierce the roof at the ridge. Quarter-circle vents bracket both chimneys at the attic.

The main entrance is centered on the front façade and is sheltered by a small porch covered by a front-gabled pediment supported on two Tuscan columns. The porch rises five steps above the front walk and is constructed of brick and concrete. The front door has a full-length nine-pane window, with the large center pane framed by eight smaller panes. A trio of double-hung sash windows with nine-pane upper sashes is located on either side of the front façade. The second floor façade has a small double-hung sash in the center, and a pair of larger double-hung sashes on either side, all with nine-pane upper sashes.

All windows have wood-frame storm windows that match the size of the main sash and appear to be original.
The north-facing garage behind the house is clad in the same brick as the house. It has a hipped roof and a two-car overhead door on the north façade. A single, fixed, nine-pane window is centered on both the east and south façades. A similar nine-pane window is centered on the west façade, with a service door on the north half. An asphalt driveway enters the property off Cowles Avenue.
View Full Site