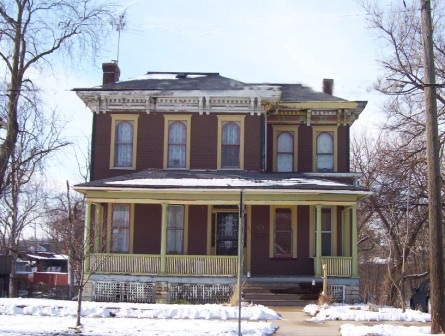 The Benjamin Pickles house is a two-story, wood clapboard, Italianate style structure built on a Joliet limestone foundation in 1859. The full-width, open front porch, supported on Doric columns, is a later addition from the early 1900's. The house is distinguished by evenly-spaced double-hung windows with rounded upper sashes. The flat-topped hip roof is framed by a paired corbel, bracketed cornice, inset with dentil molding. The Pickles home became part of local history in 1861 when its owner was killed at his blacksmith shop, the victim of one of the earliest and most notorious murders in Joliet. The structure is a Local Landmark and part of the East Side National Register District.