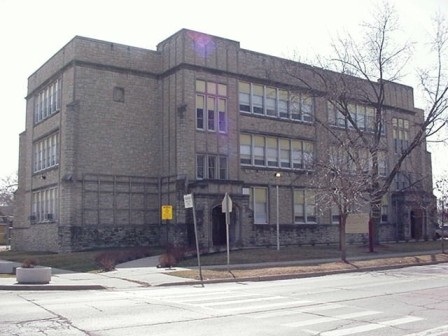 The Eliza Kelly School is a three-story, Joliet limestone, Collegiate Gothic style structure designed by a noted group of Joliet architects in 1919. They include Rudolph Hoen, Charles Wallace, and C.W. Webster, who designed a symmetrical structure with a short wing on each side. The structure served continuously as a public grade school until it was declared surplus and sold to a local not-for-profit for use as a community center. The structure is a Local Landmark.