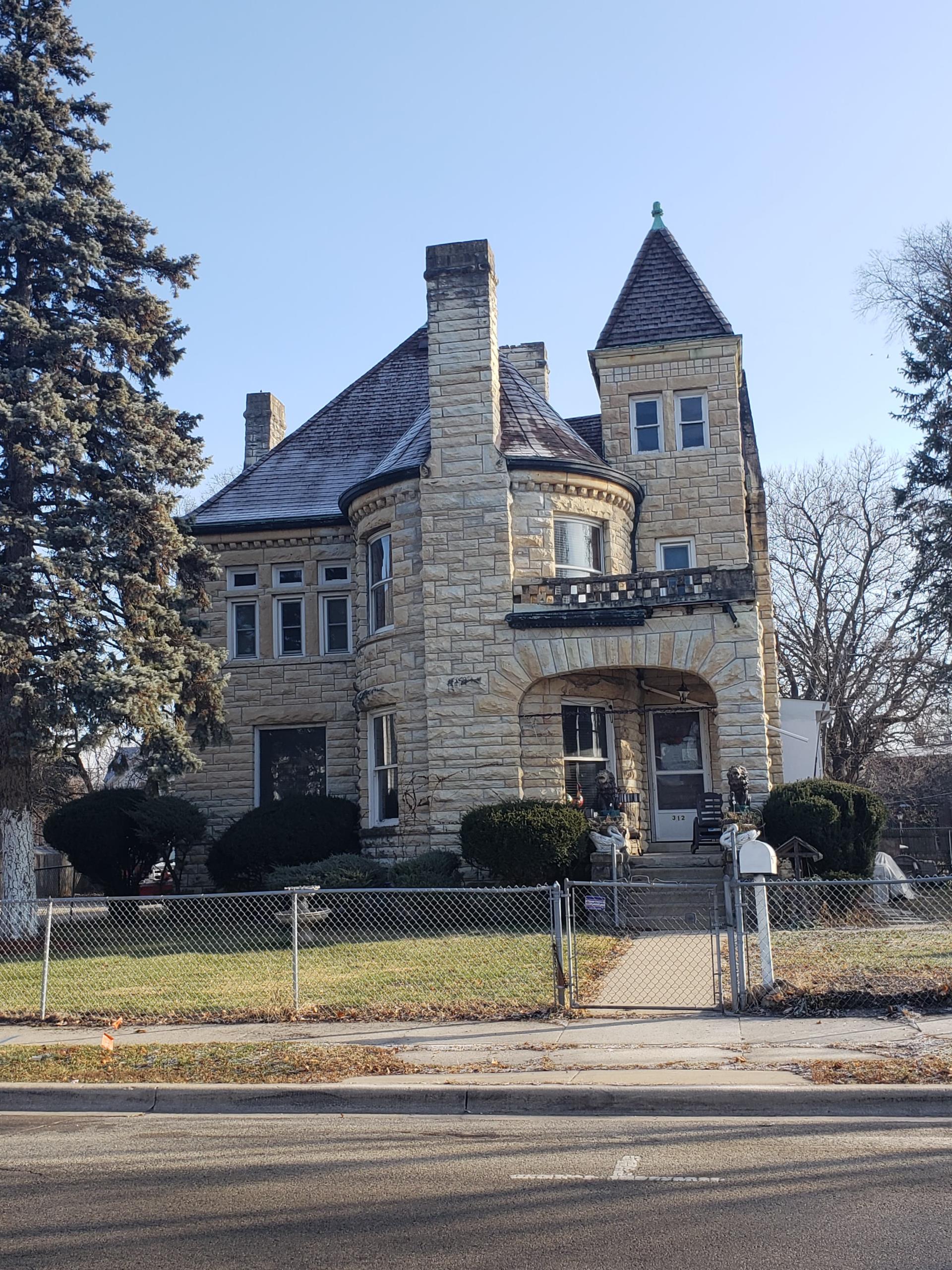 312 Richards Street is significant for its architectural style. The two-story Richardsonian Romanesque style house has solid masonry walls comprised of local limestone and an asphalt roof. The house rests on a limestone foundation. Characteristic of the Richardsonian Romanesque style, the house has an asymmetrical plan with a hipped roof with cross gables, rounded conical bay on the front façade and three-story tower with a hipped roof. This house is also distinguished for its use of limestone, which is a masonry material unique to this area of the country.

The house is located on a large interior lot with 0.53 acres, which is typical for this neighborhood of Joliet. The large property includes mature trees and landscaping. It is located in the Joliet East Side National Historic District, near numerous historically significant homes.

The period of significance for this home is 1890, which is the date the home was reportedly constructed. The home was designed by local and prominent architect G. (George) Julian Barnes. The first documented occupants were G. Julian Barnes and his wife, Nellie A., son Julian and daughter Irma. The 1891 Polk Street Directory shows that the G. Julian Barnes family lived here. Members of the Barnes family lived here through the early 1916-1917. The house changed hands numerous times with some occupants being Frank Wheeler (1918), Mrs. Georgia Bates and family (1920-1938), Samuel R. Chellino (1960) and Isiah Williams Sr. Family (1969-present). Prior to 1938, the house was numbered 410 Richard Street.

G. Julian Barnes was a leading architect in the Midwest in the late 19th century. He designed many of the prominent homes in Joliet including the Burden home at 114 Union Street (since demolished), the Keip home at 708 Western Avenue, the Sanderson home at 509 Western Avenue, the Bruce home on the southwest corner of Third and Grover Streets and the Andrews home at 25 S. Eastern Avenue. He also designed some local commercial buildings including the Auditorium Building on Chicago Street, the Universalist Church, the Union Block on Cass Street, the National Bank Building (2 Rialto Square) and the Ottawa Street Methodist Church (Joliet Historical Museum).