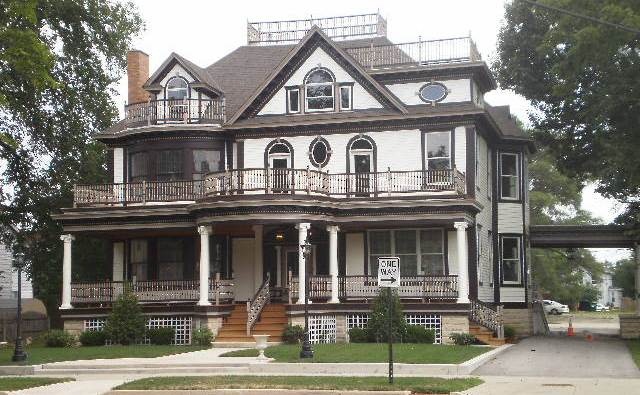 The John D'Arcy House is a 2½ story, frame, Neoclassical style structure originally built on a Joliet limestone foundation in 1901. The structure, originally at 5 S. Center Street, was relocated across the street to 2 N. Center Street in late 2007, and now rests on a poured concrete foundation. The main façade is distinguished by a full-width open porch with center entry door. The original door has 3/4 glass, decorative sidelights, and an elliptical fan-light transom. The porch is supported by single and triple Ionic columns, topped by Neoclassical entablature. All of the roof lines are detailed with Neoclassical entablature. The building corners have (or reveal evidence of) engaged Tuscan columns. A porte-cochere, set on triple Ionic columns, is located on the south elevation. The structure is a Local Landmark.

Mr. John W. D'Arcy, a Joliet native, was a noted lawyer and leader of civic enterprise who resided in the home until his death in 1935.