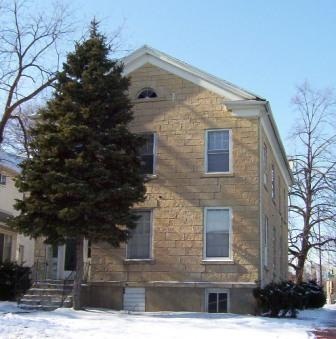 The John H. Scheuber House is a two-story ashler-cut Joliet limestone Greek Revival style residence built on a limestone foundation. The circa 1855 structure was the residence of Joel Matteson, the tenth Governor of Illinois. The structure is distinguished by a single left-of-center entrance door flanked by sidelights. A set of evenly spaced six-over-six double-hung sash windows are located on the first- and second-story level of the front façade. The house has an end-gable roof with a multi-light fan window inset in the gable.

The structure is a Local Landmark. The first known residents were John J. Scheuber, a physician, and his wife Marie Philomena Scheuber, in 1895. People bearing the name Scheuber lived in this house until 1937.